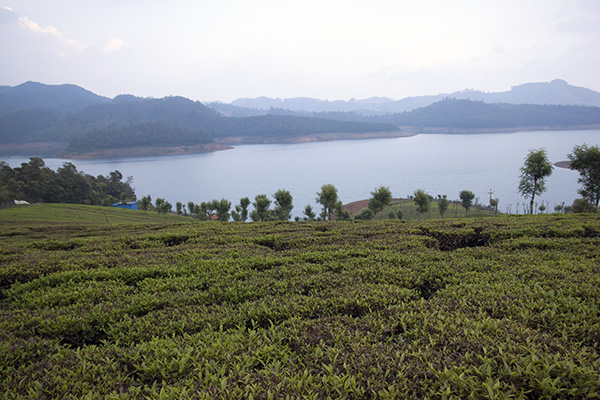 I’ve always wondered about the origin of the name Nilgiris, which doesn’t sound like a typical Tamil name. For the matter of fact it doesn’t even have any similarity with the names of any of the forests or hills like Madumalai, Wayanad, Makurti, Bandipur etc. in the surrounding areas. In my recent trip to the Red Hills in the Blue Mountains, Nilgiris, my confusion was clarified. There’s a story behind the name ‘Red Hills’ too. Just wait a few moments for that. Let me start with the story of Nilgiris first.

Legend says that long long ago a group of people migrated from the present Rajasthan towards the south. Having stayed in and around the present Mysore in Karnataka for quite some time they started moving further south and finally settled in the present Nilgiris. The first group of people migrated from Mysore some seven hundred years ago and the last phase of migration happened some two hundred years back, during the reign of Tipu Sultan. This group of people, known as the Badagas, is the majority community in Nilgiris. They have been thriving mainly on agriculture. They established an understanding with the Todas, a much older community in the Nilgiris and believed to be the descendants of the Romans who came to India with Alexander in the first century BC but stayed back and eventually migrated to the south and settled in the Nilgiris. The Badagas coexisted peacefully with the Todas for centuries, not trespassing into the latter’s territories and entering into a barter system with them – providing grains and other agricultural products in exchange of milk, butter and other dairy products. Today Badagas have a population of eight lakhs spread across four hundred village. The other tribes which also coexisted along with the Todas and the Badagas are Irulas – the weavers, Kurumbas and the Kothas – the blacksmiths.